Social disadvantage and the self-regulatory function of justice beliefs 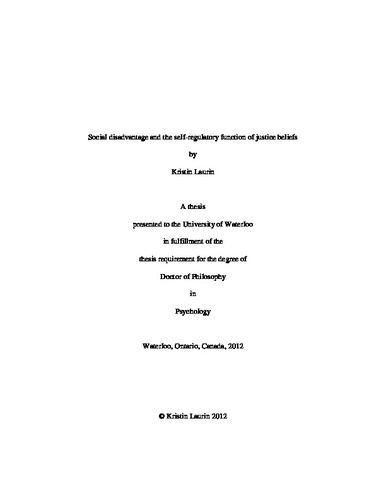