Key Agreement over Wiretap Models with Non-Causal Side Information 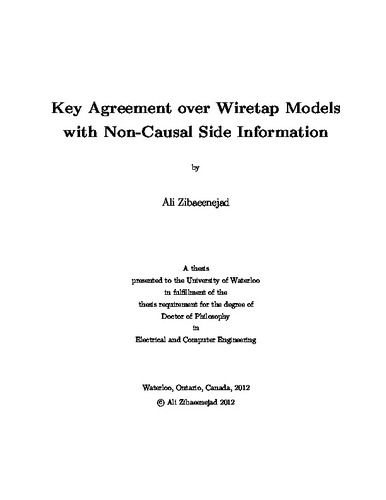