Finland in Crisis: Finnish Relations with the Western Democracies, 1939-1941 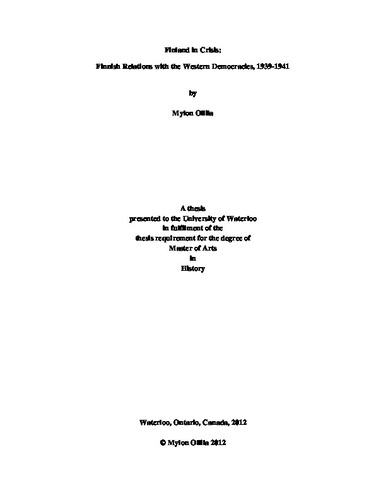