Quenching the Spirit: The Transformation of Religious Identity and Experience in Three Canadian Pentecostal Churches 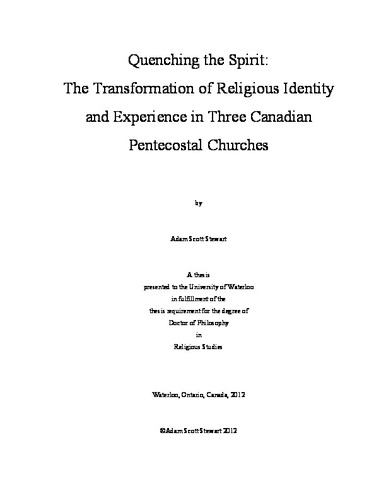