Nested pessimistic transactions for both atomicity and synchronization in concurrent software 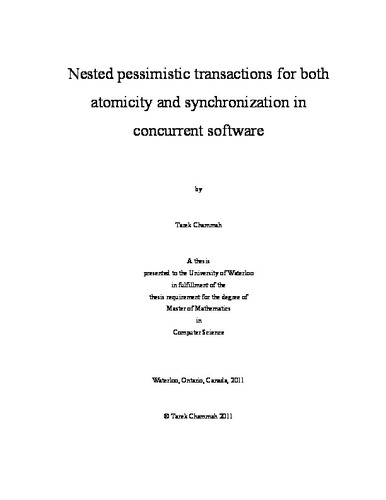 Existing atomic section interface proposals, thus far, have tended to only isolate transactions from each other. Less considered is the coordination of threads performing transactions with respect to one another. Synchronization of nested sections is typically relegated to outside of and among the top-level flattened sections. However existing models do not permit the composition of even simple synchronization constructs such as barriers. The proposed model integrates synchronization as a first-class construct in a truly nested atomic block implementation. The implementation is evaluated on quantitative benchmarks, with qualitative examples of the atomic section interface’s expressive power compared with conventional transactional memory implementations.