A Mathematical Model of the Bag-Cell Neuron in Aplysia Californica 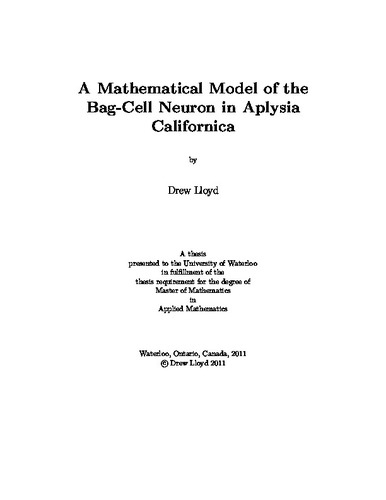