Not all syllogisms are created equal: Varying premise believability reveals differences between conditional and categorical syllogisms 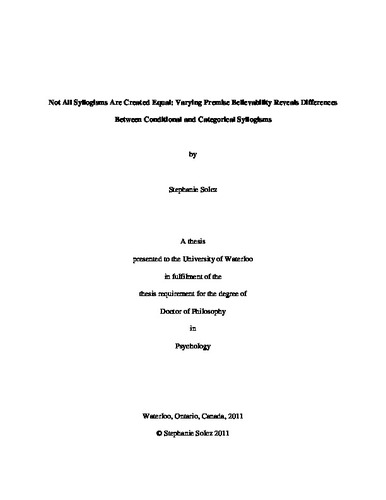