Development of visual acuity and contrast sensitivity in children 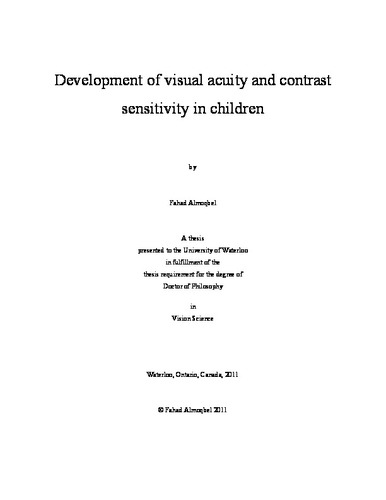