Free semigroup algebras and the structure of an isometric tuple 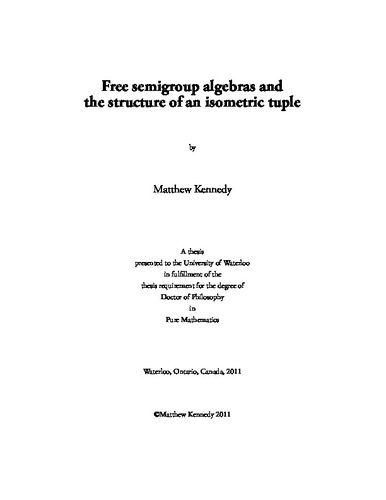