Philanthropic Gifting in Tourism: A Study of Guardalavaca and Varadero, Cuba 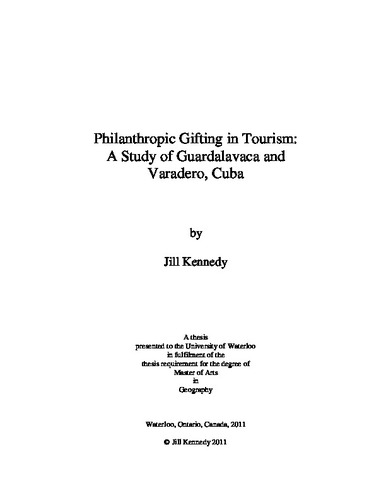