Prohibition, the Great War and Political Advocacy: The Wartime Campaign for Prohibition 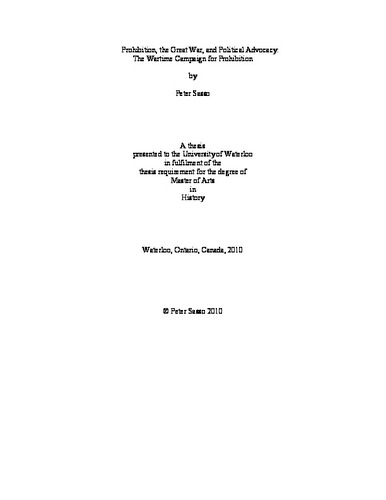 Once a fundamental aspect of American life, by 1920 the 18th Amendment to the constitution prohibited consumption of alcoholic beverages. Prohibition challenged traditional dogmas and called into question what constituted social progress. Throughout much of the debate over ratification of the 18th Amendment, themes of patriotism, progress, science and personal liberties were invoked by both those in favor of prohibition (Drys) and those opposed to the amendment (Wets). This paper will attempt to explain how dry forces crafted a successful wartime political campaign which ultimately led to the ratification of the 18th Amendment.