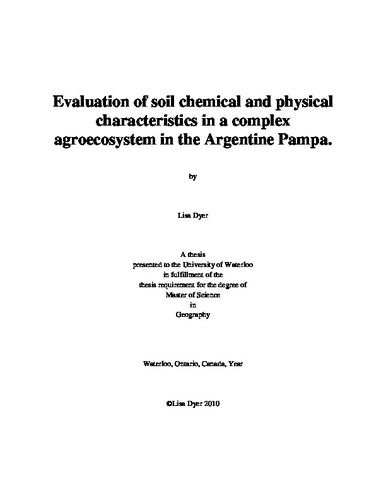 The Argentine Pampa is a global producer of maize (Zea mays L.) and soybean [Glycine max L. (Merr.), however agricultural practices have caused severe soil degradation and amplified greenhouse gas (GHG) production rates. This study presents the effects of maize-legume intercrops compared with maize and soybean sole crops on GHG production rates and soil physical properties over two field seasons. It also presents the results from a laboratory study in which GHGs were quantified from soils amended with maize and soybean crop residues. In the field study, soil organic carbon (SOC) concentrations were significantly greater (p<0.05) in the maize sole crop and intercrops, whereas soil bulk density was significantly lower in the intercrops and as a consequence soil infiltration was higher. Soil total nitrogen (TN) concentrations were not significantly different between treatments. Soil CO2 production rates were significantly greater in the maize sole crop but did not differ significantly for N2O. However, over the two field seasons both trace gases showed a general trend of greater production rates in the maize sole crop followed by the soybean sole crop. Linear regression between soil GHGs and soil temperature or volumetric soil moisture accounted for up to 51% of the variability in soil CO2 production rates and 60% of the soil N2O production rates. In the laboratory study, soil GHG production rates varied between treatments and between residue addition for both CO2 and N2O but varied only narrowly between treatments and experiments for CH4. Results from this study provided further insight into the effect of agroecosystem management practices on GHG production rates and soil physical and chemical characteristics, and contributed to improving our understanding of optimal agroecosystem design.

Lisa Dyer (2010). Evaluation of soil chemical and physical characteristics in a complex agroecosystem in the Argentine Pampa. UWSpace. http://hdl.handle.net/10012/5665