Innovation-Performance relationship: the moderating role of the Degree of Internationalization 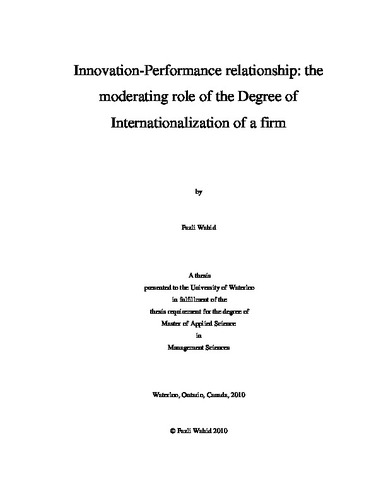