Flanker Interference in Younger and Older Adults: Does Training Influence Focusing of Attention? 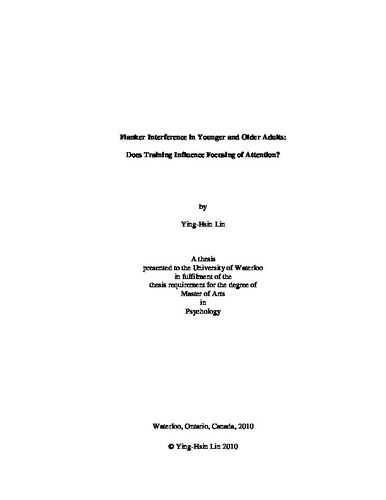 This study investigated the influence of training on interference in younger and older adults using the Eriksen flanker task. Does flanker interference differ with age and, as practice progresses, does the pattern of interference change? Younger and older adults were given five sessions of training on the flanker task over five successive days. On each trial, participants saw a central target letter flanked vertically by two flanker letters; the flankers could be either compatible or incompatible with the target. Participants were to respond to the identity of the central letter, ignoring the flanker letters. Although older adults were slower overall than younger adults in responding, the two groups showed virtually identical overall benefits from practice. Critically, the two age groups showed equivalent and constant interference due to incompatible flankers at all stages of practice. In the flanker paradigm, aging slows response execution without affecting attention within a trial or learning across trials.