Evaluation of the City of Woodstock’s Outdoor Smoking By-law: A Longitudinal Study of Smokers and Non-Smokers 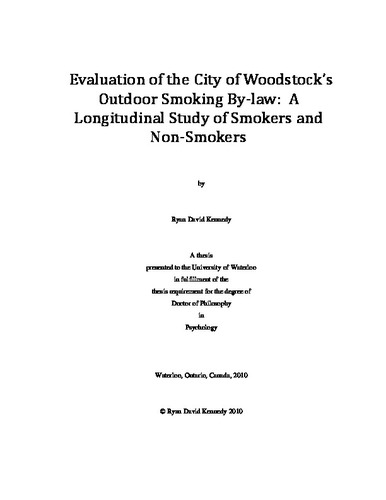