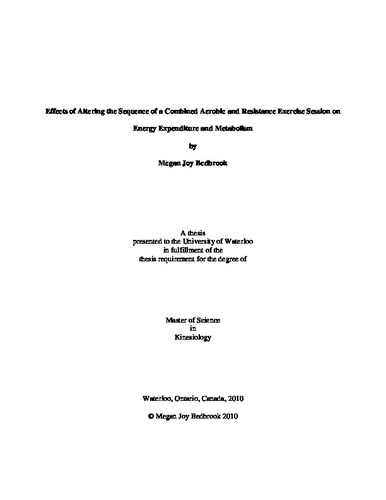 Megan Joy Bedbrook (2010). Effects of Altering the Sequence of a Combined Aerobic and Resistance Exercise Session on Energy Expenditure and Metabolism. UWSpace. http://hdl.handle.net/10012/5379