Bifocals in children with Down syndrome (BiDS) 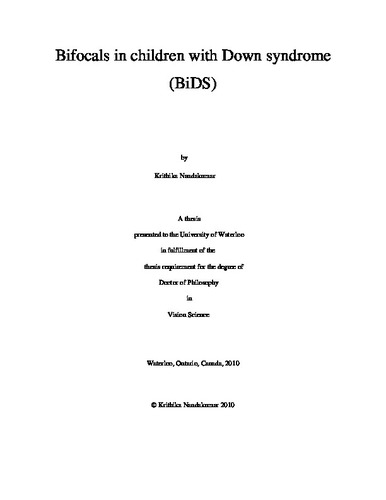