An Investigation of Perceptions of Partner Sexual Satisfaction in Committed Relationships 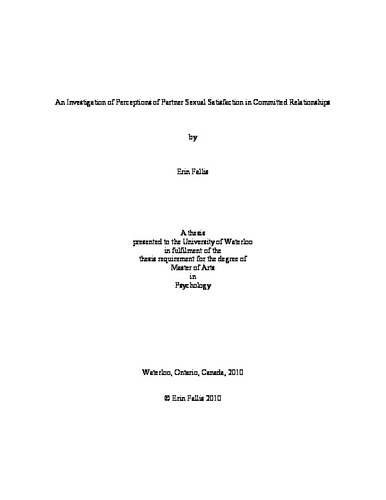