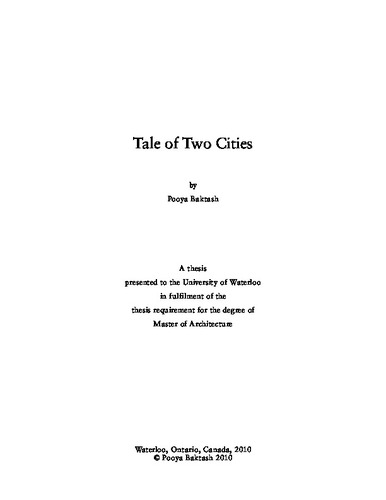 It was the best of cities, it was the worst of cities, it was a place of giddying boom, it was a place of economic despair, it was a utopia, it was a dystopic no-topia, it was the world centre of fantasies, and the world centre of nightmares, a town where some struck it rich while others lost themselves in their desires for wealth, in short, the place was so far unlike the present place, that some of the noisiest authorities insisted on its being received, for good or for evil, in the superlative degree of comparison only. This thesis is constructed of fragmented stories but not in the classic sense as there is no over-arching narrative, no beginning, middle and end, no synthetic conclusion. Rather this thesis is similar to Los Angeles itself; it is a multi-faceted exploration of competing themes that have birthed a city of fictions, a centre of fantasy, a place that shapes our collective memories, even for those of us who grew up in far-off places. Los Angeles has searched for a down-town core, a collective identity, a dominant narrative and these attempts are explored through different themes – the story of film noir, the development of the Los Angeles Aqueduct, the redevelopment of Bunker Hill, the violence and upheavals of the riots. I have explored how the city has tried to re-brand itself, Through these prisms, and how these attempts have shaped its development and history. It is said that Los Angeles has an architecture of absence, with its superficiality and lack of depth, and as a visual metaphor, this can represent the giddy changes happening in the field of architecture, where hyper-realism trumps facts. This idea of Los Angeles as a mirror should not surprise: it has long been a world centre for myth-making, an epicenter of fiction, cinema, architecture, et cetera, spewing out seductive, grotesquely exaggerated reflections of North America itself.