Pathways of Crime and Delinquency: A life-course analysis of informal social control of antisocial behaviour 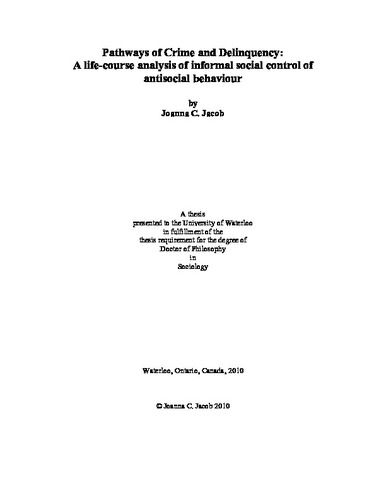