Mathematical simulation of a dipole delivery system for in-situ remediation 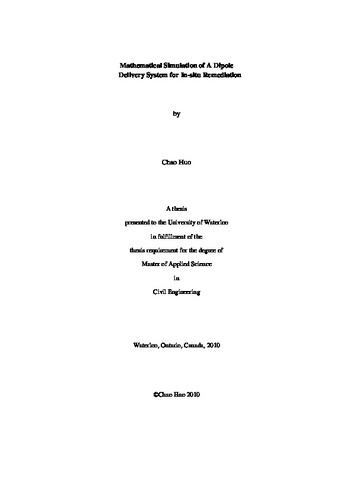