The use of stable carbon and oxygen isotopes to examine the fate of dissolved organic matter in two small, oligotrophic Canadian Shield lakes. 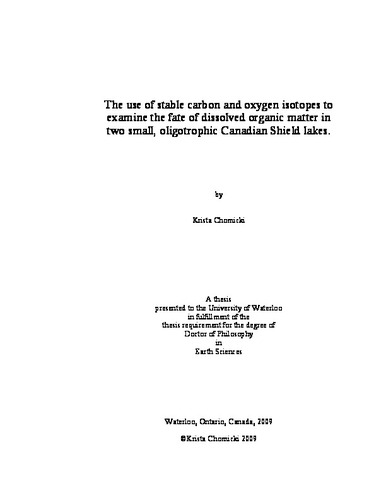