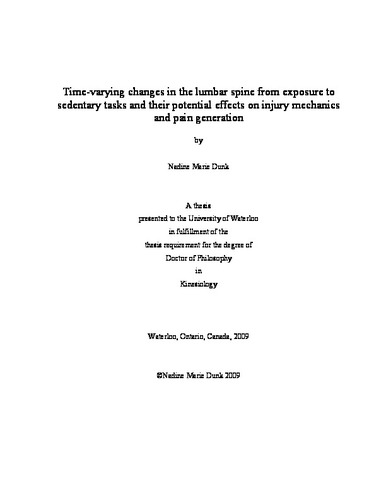 Nadine Dunk (2010). Time-varying changes in the lumbar spine from exposure to sedentary tasks and their potential effects on injury mechanics and pain generation. UWSpace. http://hdl.handle.net/10012/4915