Impacts of Ethanol in Gasoline on Subsurface Contamination 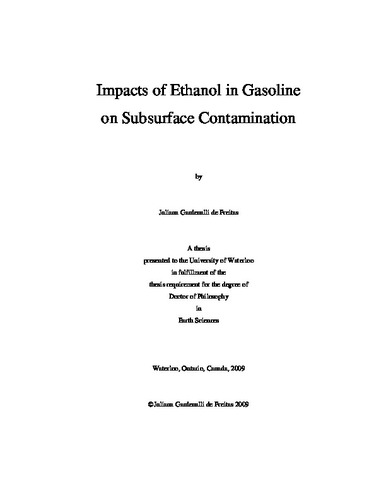