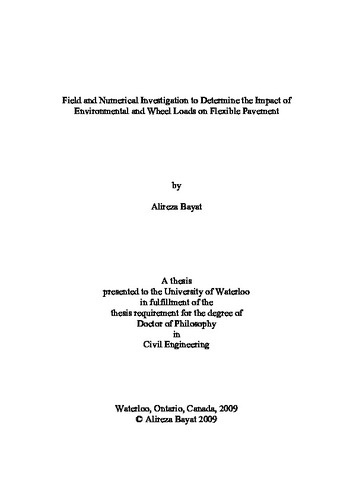 Alireza Bayat (2009). Field and Numerical Investigation to Determine the Impact of Environmental and Wheel Loads on Flexible Pavement. UWSpace. http://hdl.handle.net/10012/4579