The Influence of Study Context on Recollection: Cognitive, Neural, and Age-Related Processes 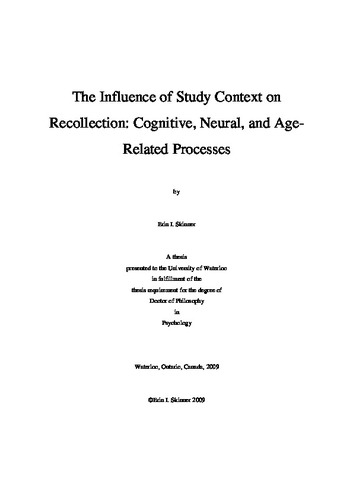