Matrix Representations and Extension of the Graph Model for Conflict Resolution 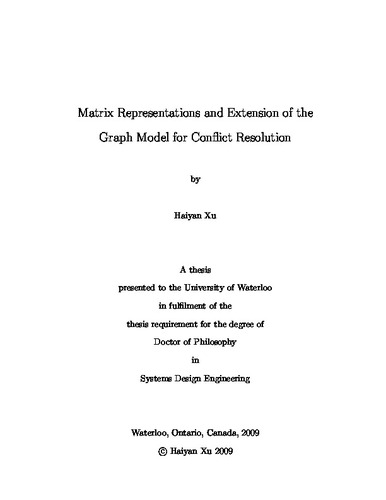