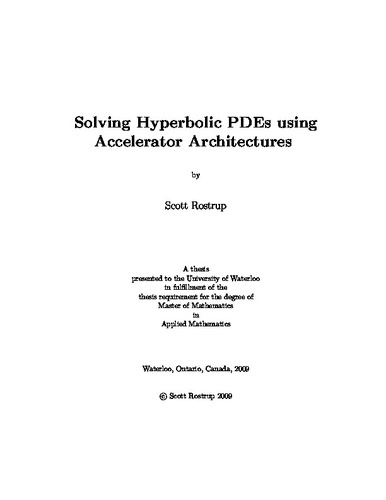 Accelerator architectures are used to accelerate the simulation of nonlinear hyperbolic PDEs. Three different architectures, a multicore CPU using threading, IBM’s Cell Processor, and Nvidia’s Tesla GPUs are investigated. Speed-ups of between 40-75× relative to a single CPU core in single precision are obtained using the Cell processor and the GPU. The three implementations are extended to parallel computing clusters by making use of the Message Passing Interface (MPI). The resulting hybrid-parallel code is investigated for performance and scalability on both a GPU and Cell computing cluster.