The Cultural Turn in Municipal Planning 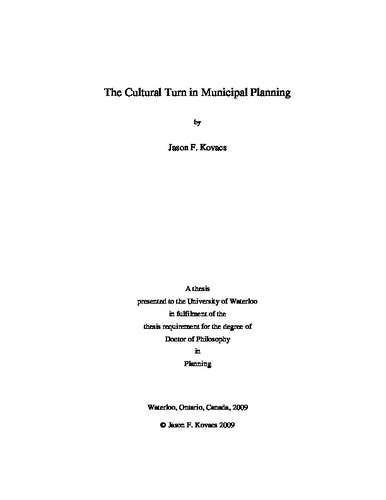