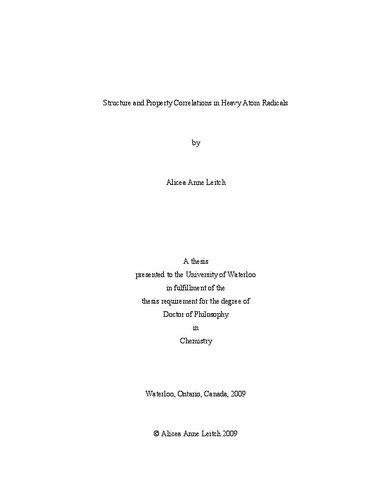 Neutral radicals represent versatile building blocks for the design of new conductive and magnetic molecular materials. In order to obtain good electron transport, materials displaying a high bandwidth W and a low on-site Coulomb repulsion energy U must be generated, and to this end, the pyridine-bridged bisdithiazolyl radicals were developed. As a result of resonance stabilization, these materials possessed a low U, a high thermal stability, and did not dimerize in the solid state. Unfortunately, their crystal structures consisted of slipped π-stack arrays that limited overall bandwidth and afforded Mott insulating ground states. To improve on these systems, two strategies were employed to increase orbital overlap between radicals. The first approach involved the removal of one of the R groups to allow for more superimposed π-stacking in the solid state. Although the desired packing motif was achieved for one derivative, and higher conductivity was observed, a subtle distortion along the π-stacks at low temperature resulted in diamagnetic behaviour, demonstrating the need for steric protection in preventing spin-quenching association in these compounds. The second strategy to improve W was to incorporate the heavier, more spatially diffuse selenium atom into the framework. Three selenium-containing isomers were developed and it was found that conductivity increased with selenium content, with room temperature values reaching 0.001 S/cm. For some derivatives σ-dimerization through the selenium atom is observed, and these compounds exhibited a dramatic response to applied pressure, with conductivity values increasing by 5 orders of magnitude under 5 GPa of pressure. When dimerization is avoided, isomorphous mapping of sulfur for selenium is generally achieved, although for one series of radicals, two space groups were obtained. For this family of compounds the effects of the crystal structure on the transport properties were examined. A series of EHT bandwidth calculations and DFT magnetic exchange energy calculations on a model 1D π-stack of radicals revealed that the experimental properties (both conductivity and magnetism) correlate well to theory, suggesting that the behaviour of these compounds can be predicted based on crystal structure, and that the design of compounds with specific properties may soon be possible.