In Vivo Calibration Methods of SPME and Application to Pharmacokinetic Studies 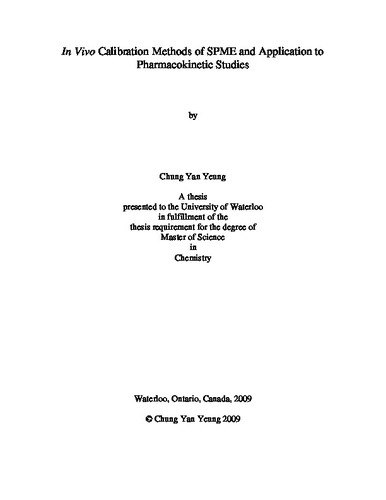