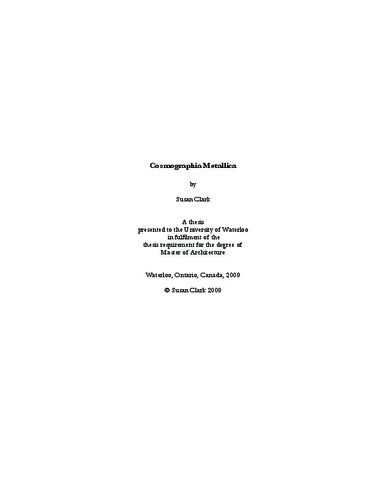 In his book The Living Rock, historian A.J. Wilson writes, “The history of metals is the history of civilization”. From its beginnings in simple toolmaking, to modern-day machinery and weapons, the development of metallurgy ranks second only to agriculture in its impact on human society; to be sure, civilization as we know it would not exist without the discovery and use of metals. Modern man is familiar with dozens of metals, some common, some precious, some useful, some deadly. It is remarkable then to consider that, until the late Middle Ages, there were only seven metals known in their elemental form: gold, silver, copper, iron, lead, tin and mercury. For thousands of years, until isolated zinc was recognized in the fifteenth century, mankind would rely on what we now refer to as the seven classical metals. Through a survey of their historical, scientific, cultural, utilitarian and mythological characteristics, the seven classical metals are investigated. From this research, common threads emerge that suggest a spirit or essence of each metal, expressed as the metal’s imperative. The concept of the imperative embodies more than the metal’s physical characteristics, symbolism and history; it suggests that each metal is compelled to be considered and used in a particular way. It is an idea that metals are not simply passive materials, but possessing of an active and influential force. The metal imperatives, projected onto a barren site in the Sudbury area, are used as generators for the design of seven metal spaces. On this expansive landscape, the interventions communicate the natures of gold, silver, copper, iron, lead, tin and mercury against a backdrop of earth and sky.