Edible Films from Starch and Chitosan: Formulation and Gas Permeabilities 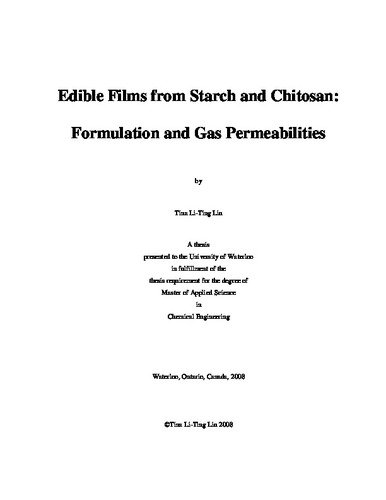