Lake Zooplankton Carbon Sources: The Role Of Terrestrial Inputs And The Effects Of Depth And Taxonomic Composition 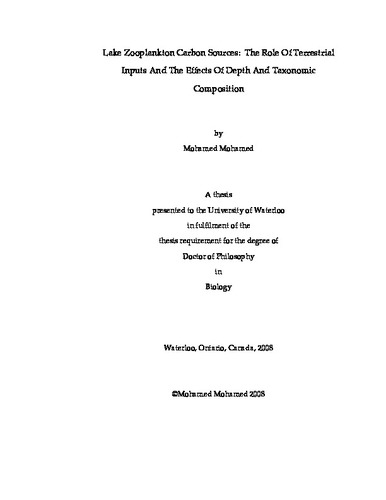