Hobbes' foundation for peace and property 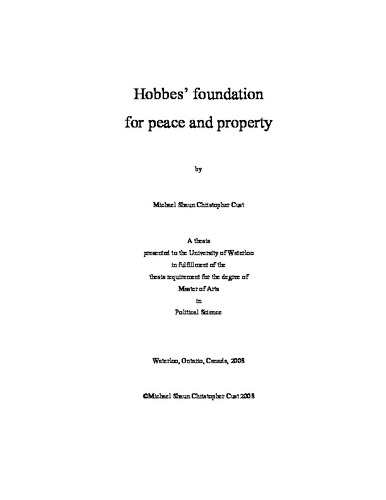