Nuisance to Crisis: Conceptualizing Terrorism During the Nixon Administration 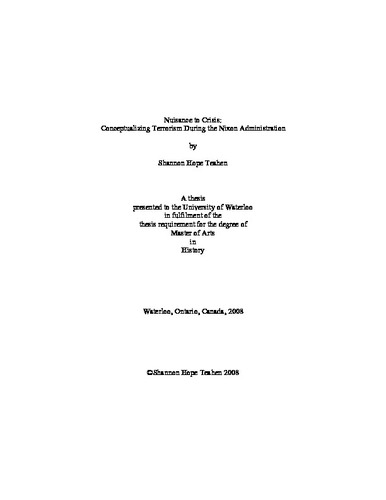