Contrasting classical and quantum theory in the context of quasi-probability 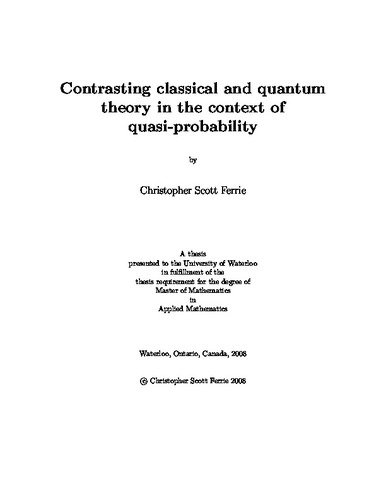