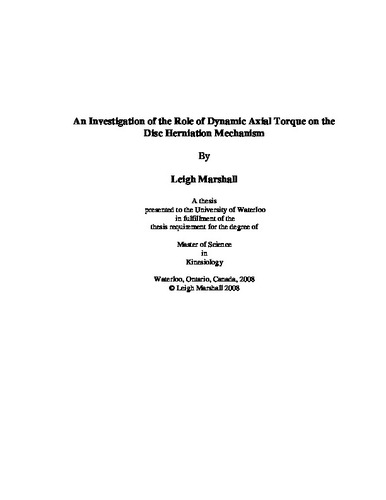 Leigh Marshall (2008). An Investigation of the Role of Dynamic Axial Torque on the Disc Herniation Mechanism. UWSpace. http://hdl.handle.net/10012/3864