The Regional Integration of Protected Areas: A Study of Canada's National Parks 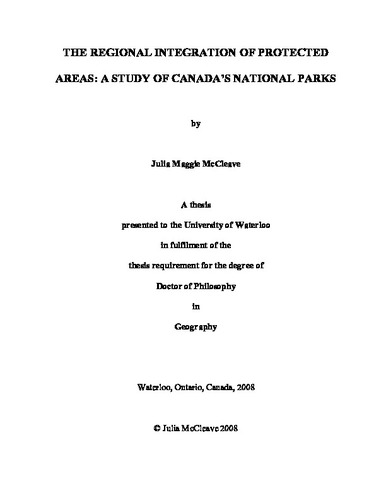