Characterization and Genetic Manipulation of D-cysteine Desulfhydrase from Solanum lycopersicum 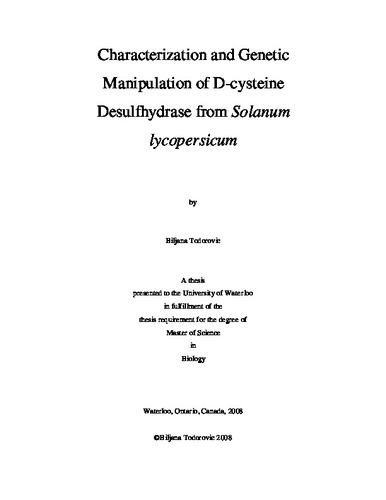