Climate impacts on hydrometric variables in the Mackenzie River Basin 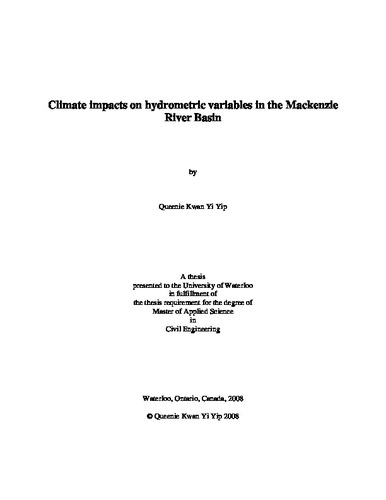