Design of Stream Ciphers and Cryptographic Properties of Nonlinear Functions 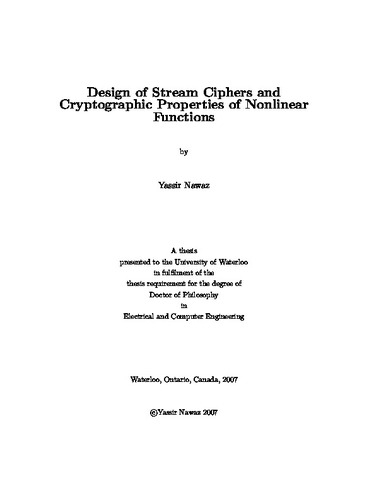