Creating a Timeless Tradition: The Effects of Fundamentalism on the Conservative Mennonite Movement 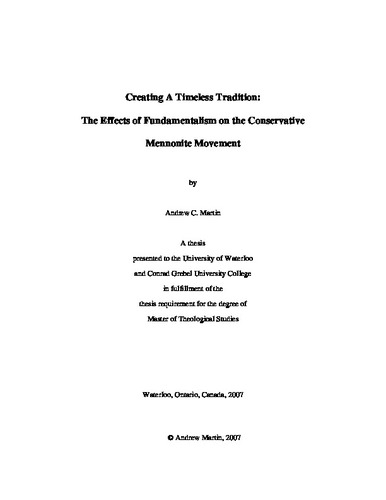