Hydrogen Production and Utilization of Agricultural Residues by Thermotoga Species 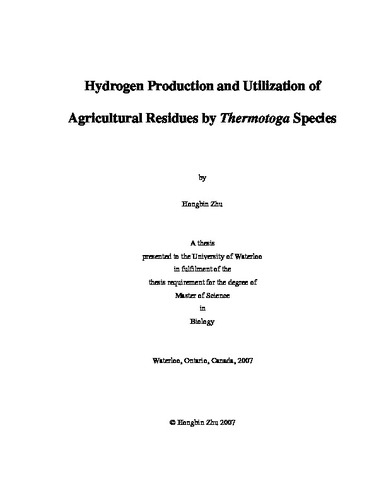