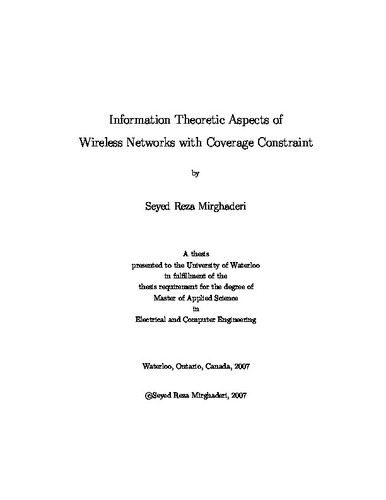 A wireless multicast network with a stringent decoding delay constraint and a minimum coverage requirement is characterized when the fading channel state information is available only at the receiver side. In the first part, the optimal expected rate achievable by a random user in the network is derived in a single antenna system in terms of the minimum multicast requirement in two scenarios: hard coverage constraint and soft coverage constraint. In the first case, the minimum multicast requirement is expressed by multicast outage capacity while in the second case, the expected multicast rate should satisfy the minimum requirements. Also, the optimum power allocation in an infinite layer superposition code, achieving the highest expected typical rate, is derived. For the MISO case, a suboptimal coding scheme is proposed, which is shown to be asymptotically optimal, when the number of transmit antennas grows at least logarithmically with the number of users in the network. In the second part, a joint source-channel coding scheme is motivated, where a multi-resolution Gaussian source code is mapped to a multi-level channel code. In this part, the hard and soft coverage constraints are defined as maximum outage multicast distortion and maximum expected multicast distortion, respectively. In each scenario, the minimum expected distortion of a typical user is derived in terms of the corresponding coverage constraint. The minimization is first performed for the finite state fading channels and then is extended to the continuous fading channels.