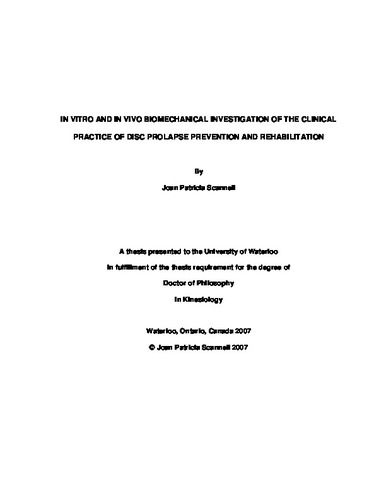 Joan Scannell (2007). IN VITRO AND IN VIVO BIOMECHANICAL INVESTIGATION OF THE CLINICAL PRACTICE OF DISC PROLAPSE PREVENTION AND REHABILITATION. UWSpace. http://hdl.handle.net/10012/3213