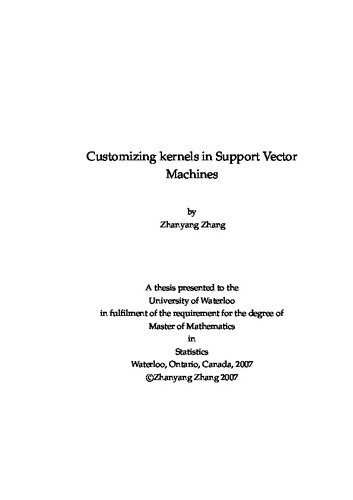 Support Vector Machines have been used to do classification and regression analysis. One important part of SVMs are the kernels. Although there are several widely used kernel functions, a carefully designed kernel will help to improve the accuracy of SVMs. We present two methods in terms of customizing kernels: one is combining existed kernels as new kernels, the other one is to do feature selection. We did theoretical analysis in the interpretation of feature spaces of combined kernels. Further an experiment on a chemical data set showed improvements of a linear-Gaussian combined kernel over single kernels. Though the improvements are not universal, we present a new idea of creating kernels in SVMs.