A Framework for Coordinated Control of Multi-Agent Systems 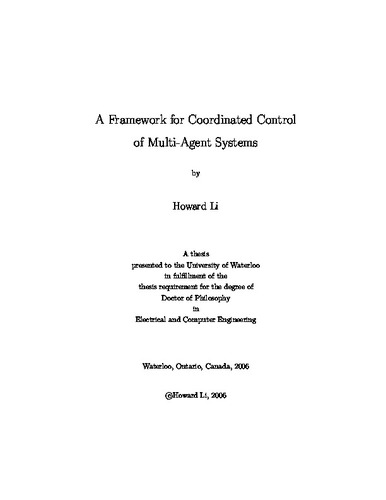