Potential and Limitations of MCM-41 in Dechlorination Reactions 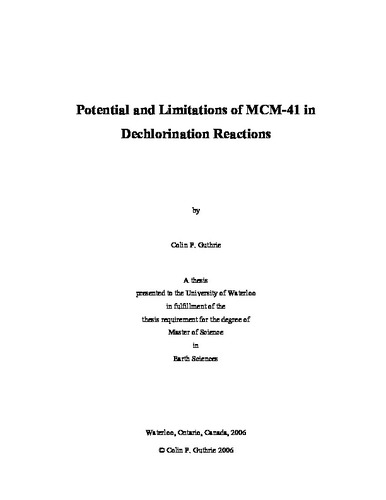