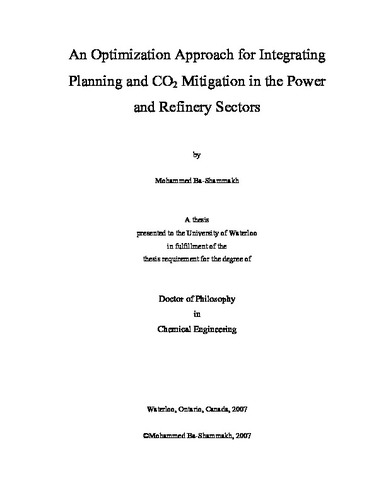 Mohammed Ba-Shammakh (2007). An Optimization Approach for Integrating Planning and CO2 Mitigation in the Power and Refinery Sectors. UWSpace. http://hdl.handle.net/10012/2740